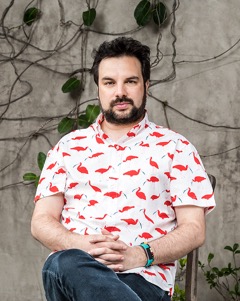 For Television, David composed the music for the hit Scott Free/CBS drama series The Good Wife and is currently scoring The Good Fight (for which he received an Emmy nomination for Outstanding Title Music). He was also the composer for Mercy Street for PBS, BrainDead for CBS and The Gifted for Marvel/FOX, and is currently scoring Evil for CBS and The Stranger for Netflix.

Born in England, David’s first involvement with film music was as a cathedral choirboy performing on Peter Gabriel’s score for Martin Scorsese’s The Last Temptation of Christ. He continued his musical education at Cambridge University. In 2006, David moved to Los Angeles where he began collaborating with Harry Gregson-Williams on film scores, including Shrek The Third and Gone Baby Gone. He has also written additional music for such films as Wonder Woman, all the Fifty Shades movies, Big Eyes and American Hustle, and his music was featured in David O’Russell’s Joy. David was honoured as a ‘Brit to Watch’ by BAFTA and has been the recipient of numerous BMI Awards.

As well as film and TV, David has written the music for a number of games, including the Warner Bros/Rocksteady game Batman Arkham Knight and Activision’s Call of Duty: Ghosts.